# Use with Shortcut app

Shortcutsopen in new window is an iOS, iPadOS and macOS app provided by Apple. For now, Shortcuts is run with SiriKit and allow users create shortcuts with a group of customized actions.

After version 2.0, Switshot supports SiriKit and Shortcuts. You can use Shortcut app with Switshot to:

Make sure your iPhone connected to your Nintendo Switch before using shortcuts with this action.

A group of files (which may be photos with JPG format or videos with MP4 format).

Also save to Photo Library. When turned this option on, Switshot will save the transferred files to your Photo Library when you transfer media with this action.

The “Also save to Photo Library” option in shortcut action is independent with “Save a copy to photo library” option located in Switshot settings.

# Use actions in Shortcuts

If you want to use actions provided by Switshot in a shortcut:

If you want to learn more details, check Create a custom shortcut on iPhone or iPadopen in new window.

Shortcuts app support Automation feature. You can use it to set that run shortcuts with actions provided by Switshot when your iPhone connected to your Nintendo Switch.

The local network name of Nintendo Switch is usually started with switch_, for example switch_88402D0100h. You can use this information to set the trigger condition in Shortcuts Automation. 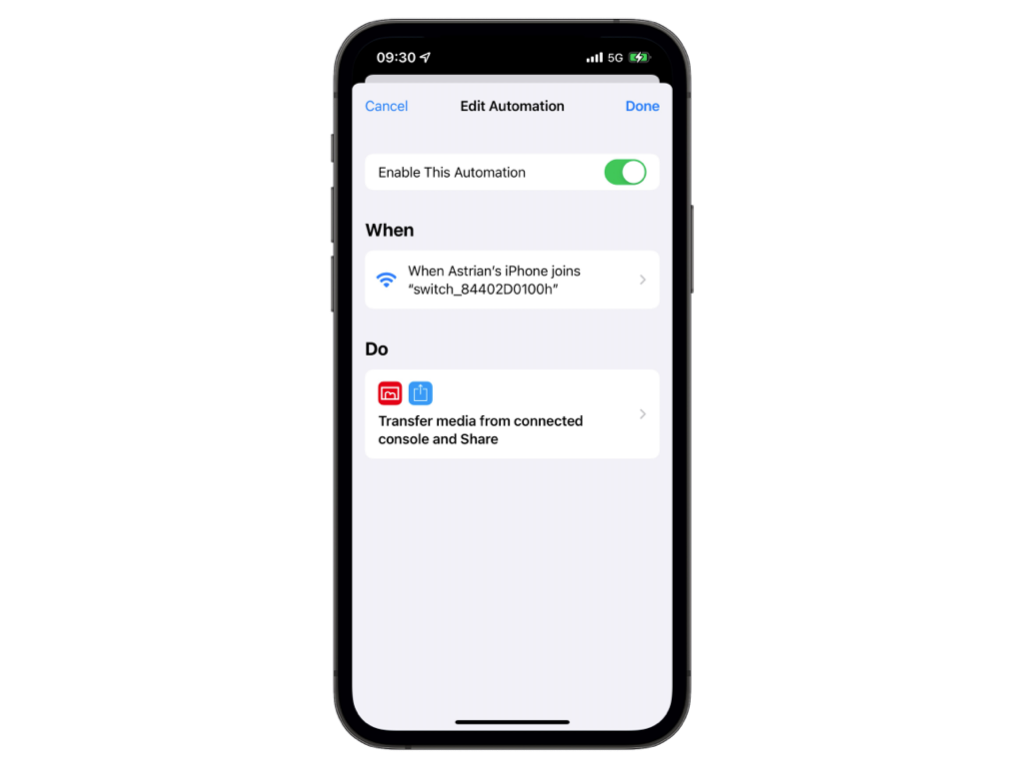 You can learn more about Shortcuts Automation hereopen in new window.

Files-output is supported by some actions. You can pass it to other actions supports input media files. In this case, media files transfered by Switshot actions can be shared to Instagram instantly. 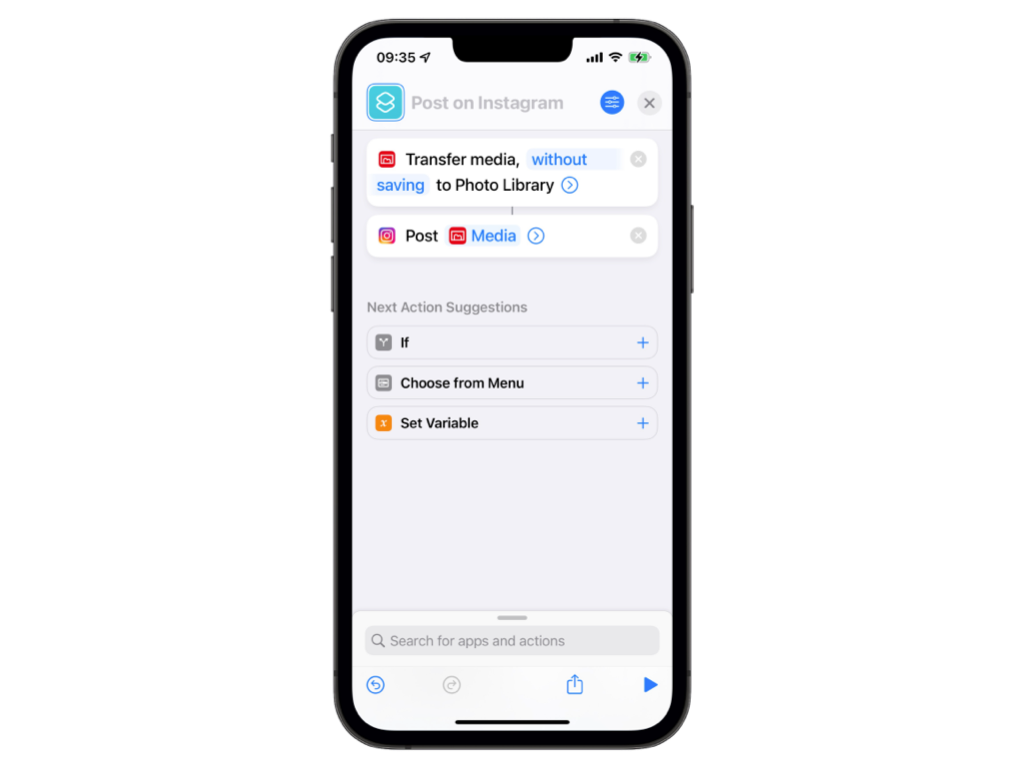 # Shortcuts is NOT LIMITTED

You can use Switshot with Shortcuts app with almost-zero-limitation, not only the examples listed above. you can create useful and fun shortcuts with Switshot actions and actions provided by other apps with your demand and imagnation.